How to Get in touch

All the latest news

Prospective parents are always welcome to talk to the Headteacher and/or look around our school.  If you would like to make an appointment please contact the school office on 01926 423404.

Our Published Admission Number is 30 places.

Applying for a place in Reception in September 2020

Parents and carers must apply for a school place through their Local Authority (the county where you live).

Our admissions Authority is Warwickshire.

Applications through Warwickshire County Council can be made online at

Closing date for on time applications is 15th January 2020.

Applying for a place in Secondary School

Deadline to apply for a Secondary School place is 31st October 2019.

If you live outside Warwickshire, but wish to make an application for a place at a Warwickshire school, please contact your home authority (to whom you pay your Council Tax) to discuss the application process.  You may then need to apply using the Warwickshire Change of School Application Form.

Applying for a place in our Nursery

Clapham Terrace Community Primary School and Nursery has a 26 place nursery based in school.  Applications are made directly to school.

The responsibility for determining admissions for nursery age children lies with the Governing Body of Clapham Terrace Community Primary School and Nursery.

Children will be admitted to nursery the term after their third birthday.

The agreed criteria for admission to the nursery are:

Children’s names are placed on reserve lists in strict order of the criteria, not according to the date of application.  If a place becomes available, the nursery will contact the parents of the child whose name is first on the reserve list.  Reserve lists are not waiting lists; a new request from another parent for a child’s name to be placed on a reserve list can result in other children being moved further down the list if this child has a higher priority for a place according to the admission criteria.

Parents are given two weeks to accept the offer.  After this time, if no acceptance is received or the offer is declined, the place will become vacant and it will be offered to the next child in priority order.  This process will continue until all places are full or all children on the ‘Reserve List’ have been offered places.

If there are still sessions available after the September intake for the 15 hours entitlement, new intake requests for nursery sessions will be considered using the criteria. 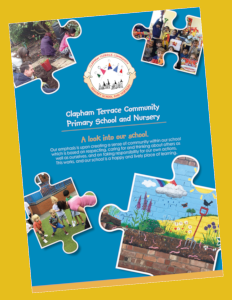